In last month’s expenses review, I wrote a bit naively “In January I expect our expenses to be slightly lower”. Well, guess what ? January was our most expensive month and we spent much more than our daily target of €25. One culprit is my laptop, which had some troubles and had to be fixed; the other culprit is, well, Thanh and me, as we used Airbnb twice (once in Da Lat and once in Sai Gon), spending around thirty euros per night each time. This is more than three time our usual accommodation cost !

Breakdown of our expenses

Here are our expenses in dongs (VND) and their Euro equivalent : 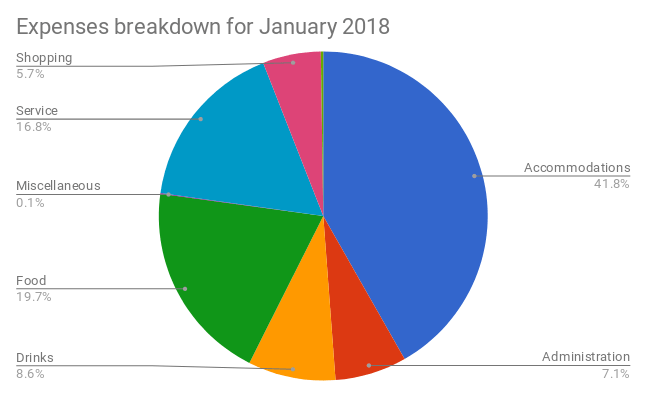 The current exchange rate is VND 28250 for one euro; once again this is extremely advantageous.

On average we spent more than to 31 euros per day, including the cost for the Thai visas ($80). Our target for local expenses (that is, excluding insurance and visas) is 25 euros daily, so we’re well above the target.

This month we spent around €6.20 per day, which is rather reasonable. We ate either in the street or in small restaurants, depending on what we found.

Prices for accommodations varied a lot on January ! For height nights on places rented via Airbnb, we paid around €200. The two nights in the homestay in Cam Lap were around €17, while other nights in standard motels were around €8. Accommodations were our main expenses in January, and we’ll have to stop this madness 🙂

While most guesthouses were okay, the ones we found between Da Lat and Saigon absolutely sucked. Here’s what our windowless “VIP” room looked like; if you zoom in, you can probably see the two complimentary condoms on the nightstand. Vietnamese welcome at its finest 🙂 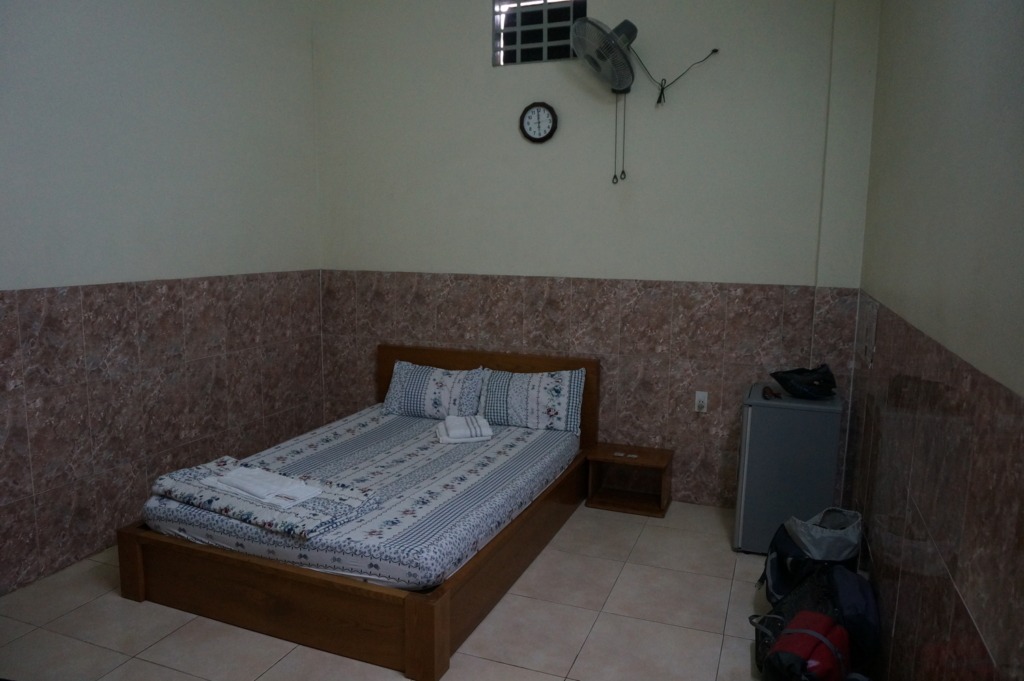 It looks like we’re getting more and more lazy and spending more time in cafés ! Each day we spend in average €2.70 for drinks, versus €2.28 last month and less than one euro at the start of our trip ! We blame the high temperatures and the delicious sinh to (smoothies) for this spending frenzy.

Ouch. Fixing my laptop’s screen cost me around €150, and we also paid for some bicycle maintenance. Compared to these two expenses, paying for our usual laundry and bicycle cleaning really amounted to nothing !

Previously drowned under the “misc” category. We mostly bought sun cream, but also a Buff for Thanh (to protect her from the sun and avoid breathing exhaust gas). In Ho Chi Minh city and Da Lat, we bought some food and drink for appetizers. Paradoxically it was harder to find fruit juice in Ho Chi Minh city than everywhere else; most supermarkets were rather small and only sold sodas.

The Thai visa cost us $40 per person. We could have used to free visa exemption but it’s only valid for one month; getting the visa ahead of time allows us to stay for 2 months without requiring a pricey extension.

This includes the fees we paid to enter the resorts in Cam Lap, several attractions in Da Lat and a boring boat trip in the Mekong delta. While we don’t regret paying the entrance fee in Cam Lap, most other fees were way too high for the provided experience. 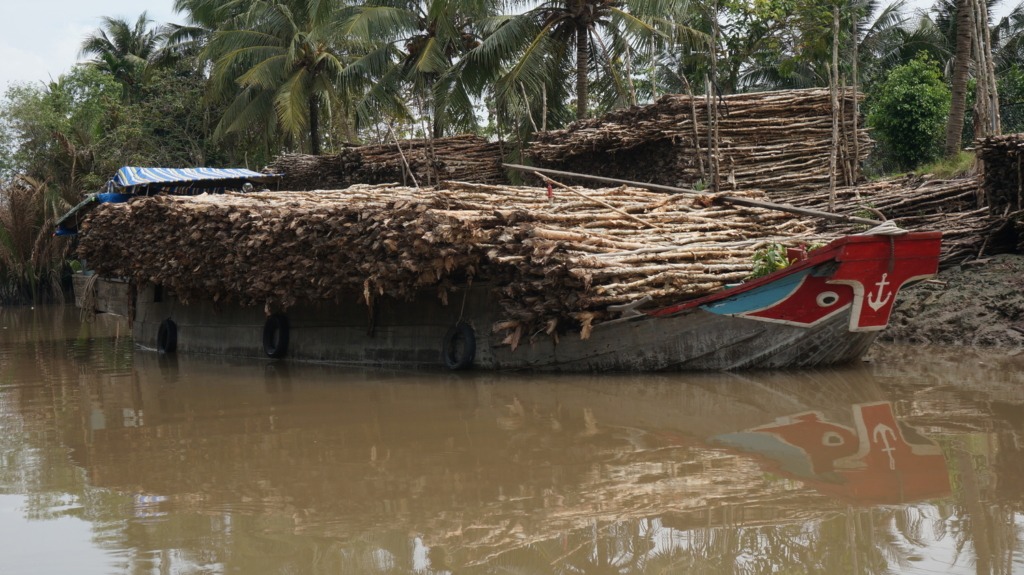 The ridiculous amount of €2 was spent exclusively on ferries. They usually cost VND 2 000 (less than 10 cents !) for a bicycle so you can imagine how many ferries we took in order to cross rivers while in Mekong delta ! 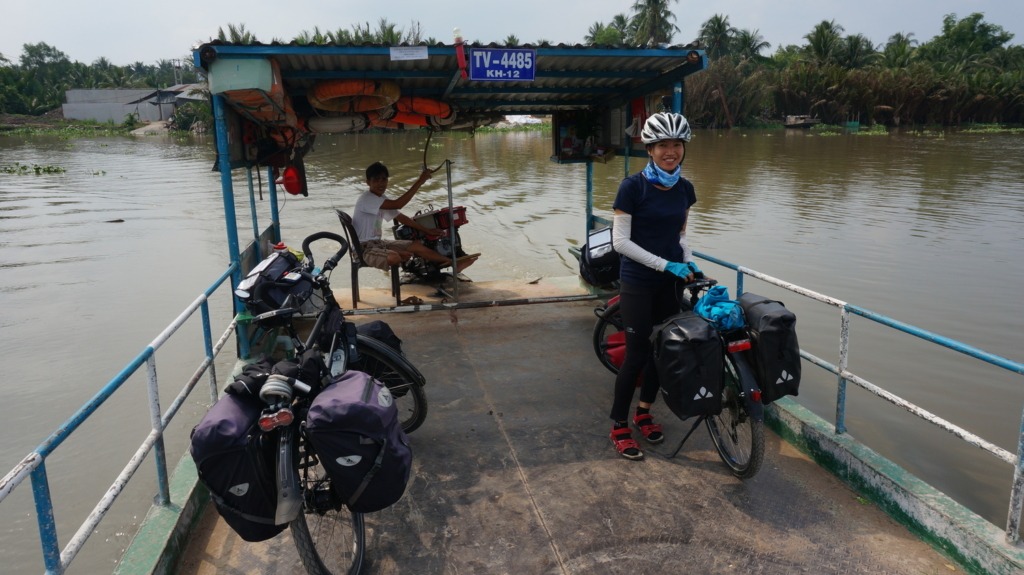 My expectations for January’s expenses proved to be so wrong that I’m reluctant to guess their evolution 🙂 More seriously, we’ll spend most of February in Cambodia and don’t have a good idea of the life cost there. Moreover we’re planning to visit some islands there, which may be expensive when the only available transportation is a speedboat. However we’ll try to stick to our daily budget of €25… No more Airbnb until we’re in Thailand (probably in North Thailand even, in Chiang Mai) !