After canceling our visit because of yesterday’s bad weather, we finally had the opportunity to visit Tam Ky‘s Cham towers today. As we didn’t see much difference between those located North and South of Tam Ky, we chose the ones on the North as they seemed to be more easily reached. This implied riding a few kilometers on QL1; it was not pleasant but could have been worse.

We spotted the towers on the left side of the QL1, and managed to cross the road without getting maimed. At that point I thought we had come for nothing, as the towers stood behind closed gates. Roosters were walking around, not caring much about the historical site or our despair. 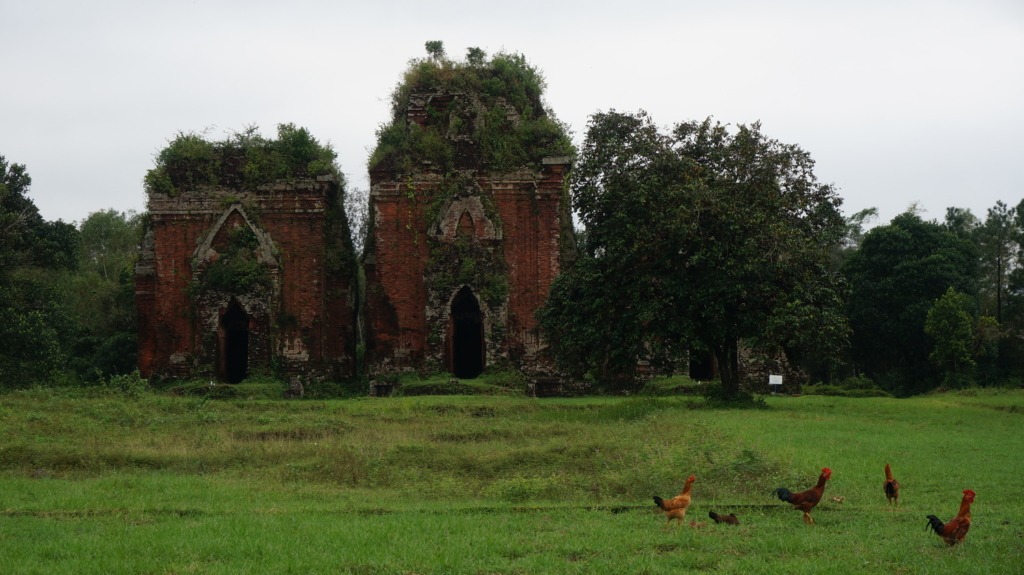 But there was a phone number written in a small sign, and Thanh called it. The towers’s keeper  quickly arrived and started explaining things to Thanh in Vietnamese. Apparently the explanations were very interesting.

From a close distance, the towers look rather impressive.

There are three towers on the site, like in most Cham sites. At the base of the towers, statues of warriors and dancers are carved. There’s also a statue of what looks like a monster, in a very bad shape.

I was surprised to learn that there’s still spiritual activity taking place on the site. Offerings were visible in front of the temples. 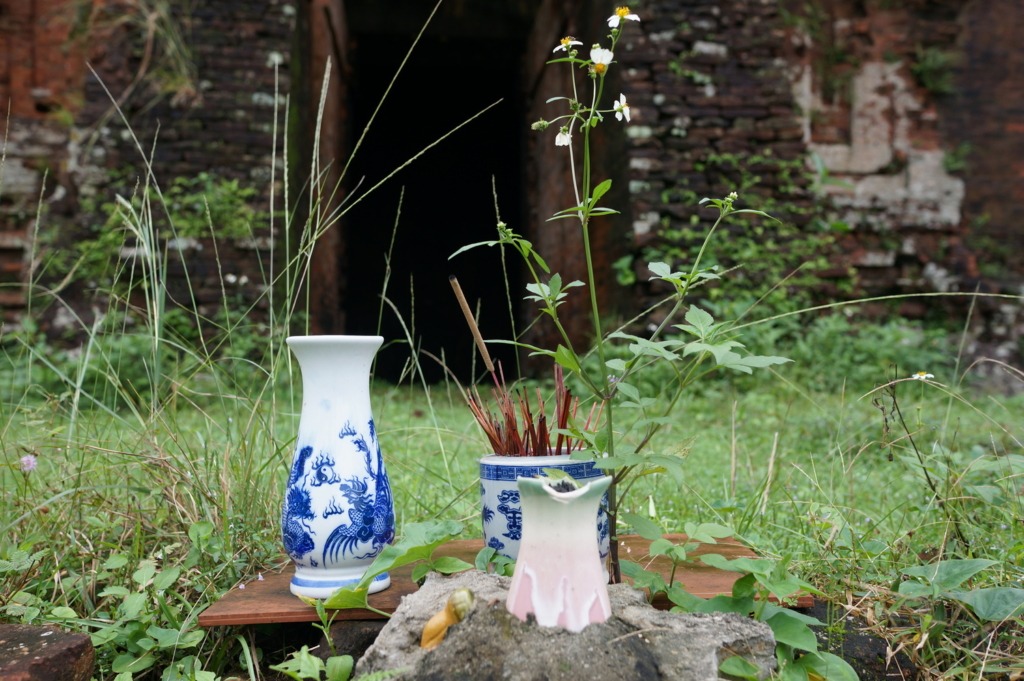 Note that according to the last picture, Cham dogs probably shat starfruits (sorry).

There’s a small museum exhibiting statues found on the site.

Other interesting artifacts found around Tam Ky’s Cham towers include a sample of Cham writing, several animals (which weirdly were included in the building itself), and a Lingam over a Yoni.

We left a tip for the guide when we left, as we weren’t asked for money upon entering and he seemed knowledgeable about the Cham civilization.