Phu Cuong waterfall is located about 40 kilometers south of Plei Ku. We read about in on Travelfish and decided to go check it out, hoping that it wouldn’t be reduced to a small trickle of water !

Leaving Pleiku was very unpleasant. The weather was extremely hot without any cloud to shield us from the sun, and absolutely no wind at all. Moreover the traffic was bad, as is often the case when exiting a large city. And finally… the road was going up. Although the slope was not very steep, the lack of air made it though to climb.

So, after less than ten kilometers, we already found ourselves seated at the first roadside café we found, enjoying the shade provided by the first large trees we saw since leaving the city.

Fortunately, the remaining of the ride was much more pleasant. Nearly immediately after the café, we started going down. Trees appeared in order to provide some fresh air. And the traffic was gradually reduced, with the noise level reduced to a few sporadic honks.

We quickly reached the city of Chu Se, around 30 km from Plei Ku, where we had a quick and forgettable lunch. From there we turned left on QL25, a small and slightly bumpy road. There were coffee beans drying in front of nearly every house.

After about 6 kilometers on the QL25, a sign for a monastery labeled “Tinh Xa Phu Cuong” indicated that we were getting closer. We turned left on this small road, and found ourselves literally in the middle of nowhere.

The road was in a very bad shape, extremely bumpy with many small rocks lying around. We saw the monastery indicated by the sign, and went down for maybe one kilometer before finding ourselves in front of large open gates. We went through, and after crossing a large herd of cows, saw a very dilapidated bridge over a river. 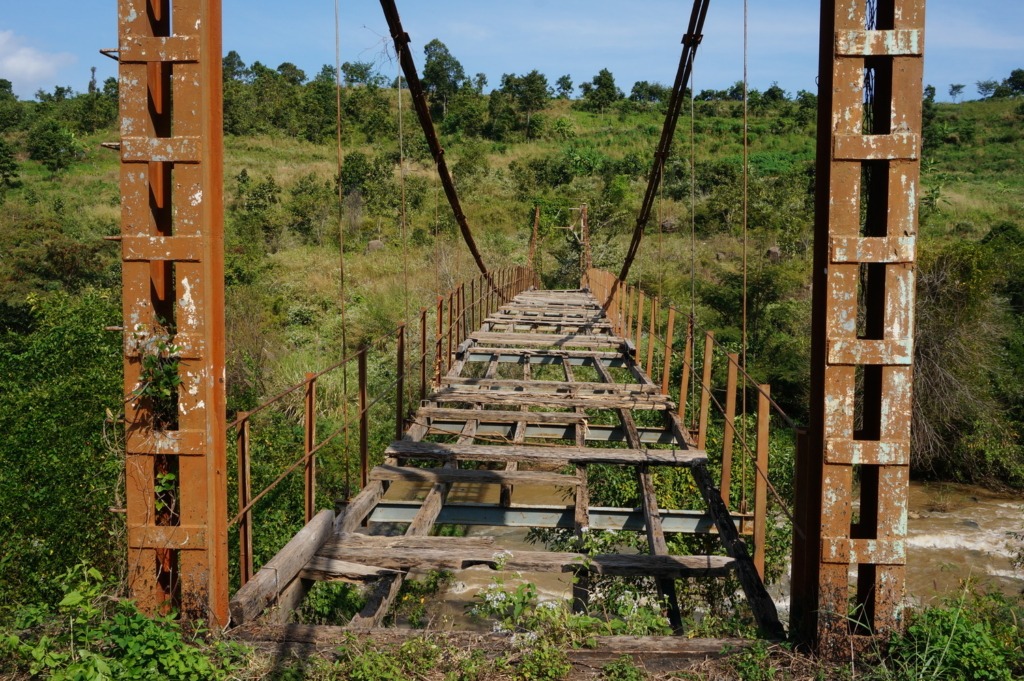 I must confess I had one moment of doubt there. Were we really supposed to cross the bridge of hell in order to reach Phu Cuong waterfall ? We decided to keep on following the road instead. After some more downhill, we reached a lake with broken down rest huts around it. 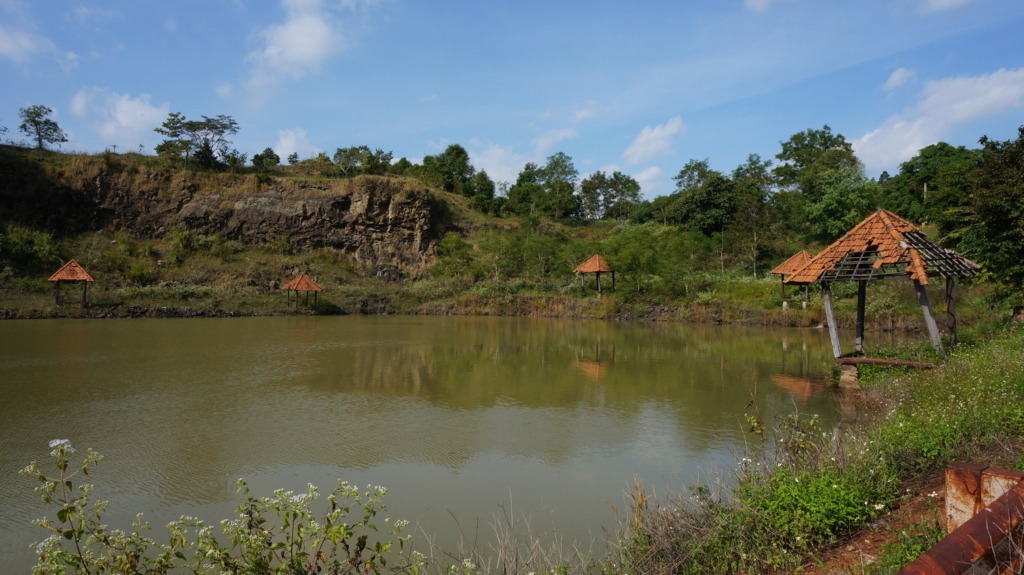 And on the other side of the road were the stairs to the waterfall !

Walking down the stairs was easy, and from there we already could see the impressive waterfall. But in order to get closer, we had to cross a field of large boulders. 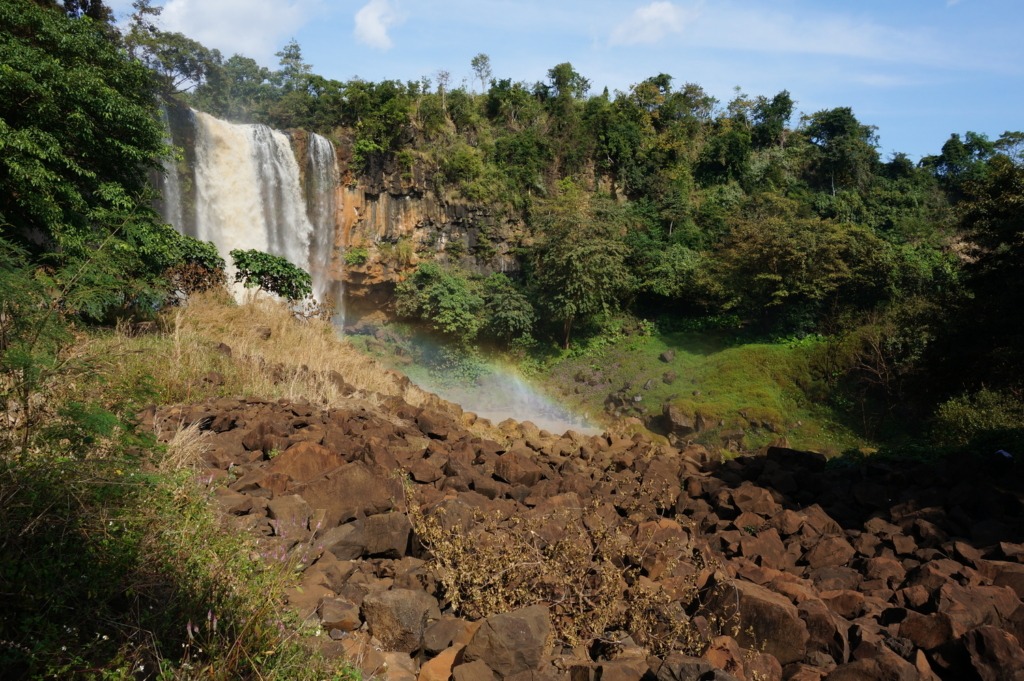 My cycling shoes didn’t make this task easy and it took me a while to go through. But it was totally worth the effort ! 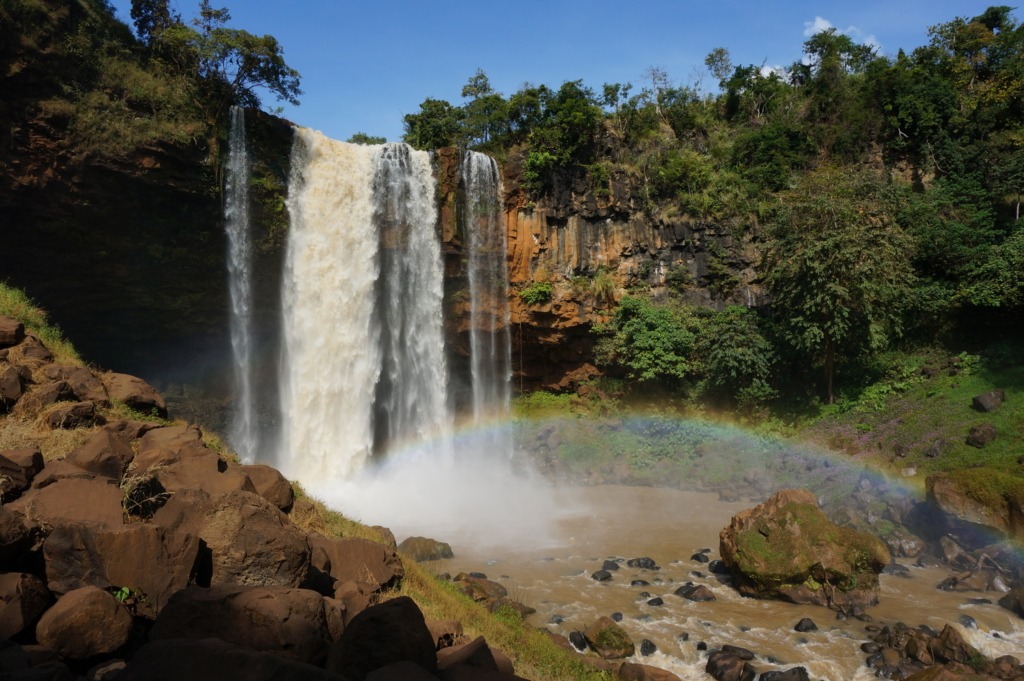 The waterfall was extremely impressive, and as the dry season was over only recently, there was plenty of water. 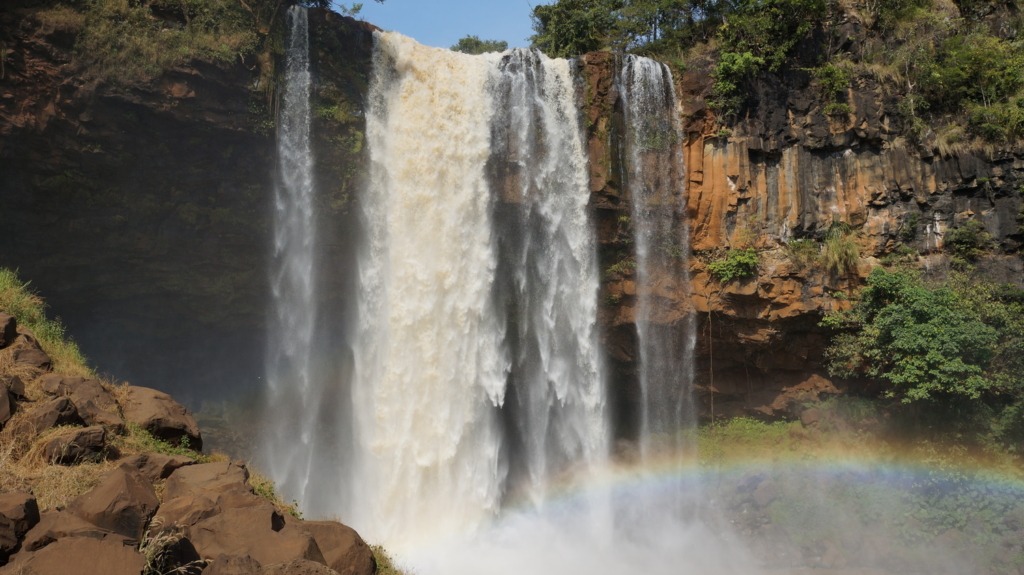 We then headed back to Chu Se for the night, as the high temperatures of the day had made us rather tired.