Kampot is located very close to Kep, which we absolutely didn’t appreciate. As both cities are rather heavily praised in most guidebooks, we were a bit concerned about what we’d find there. It turned out that we really enjoyed this small riverside city ! It proved to be a great place to hang around, enjoy great food (although very little Khmer food, sadly), and see more crumpling buildings.

Cycling from Kep to Kampot

We left Kep without any regret. The distance between the two cities was less than 30 kilometers, and while the road was rather busy, the cycling conditions were okay. As soon as we reached the city, we started looking for a guesthouse.

Indeed, as it was both a week-end and Chinese new-year, our priority numero uno was once again to secure a room. As a result we checked-in in the first local guesthouse we saw. While our guesthouse in Kep was really okay, the room we got this time was very dark and dusty, with a very unpleasant bathroom. All this for $15 (insert crying emoticon).

However, two days later, as the touristic rush was over, we spent one night in the much more pleasant Borey Vattanac Guest House. For a bit ore than $8, we got a very clean room with fan. It was a relief to be there !

Hanging in the city center

Compared to Kep, the ambiance in Kampot just felt right to us. It was touristy, but not crowded; the center of the city was lovely, thanks to its nice architecture, and the city was easily walkable thanks to its small size. Most buildings were in various states of disrepair, which I of course enjoyed a lot; other were beautifully restored. 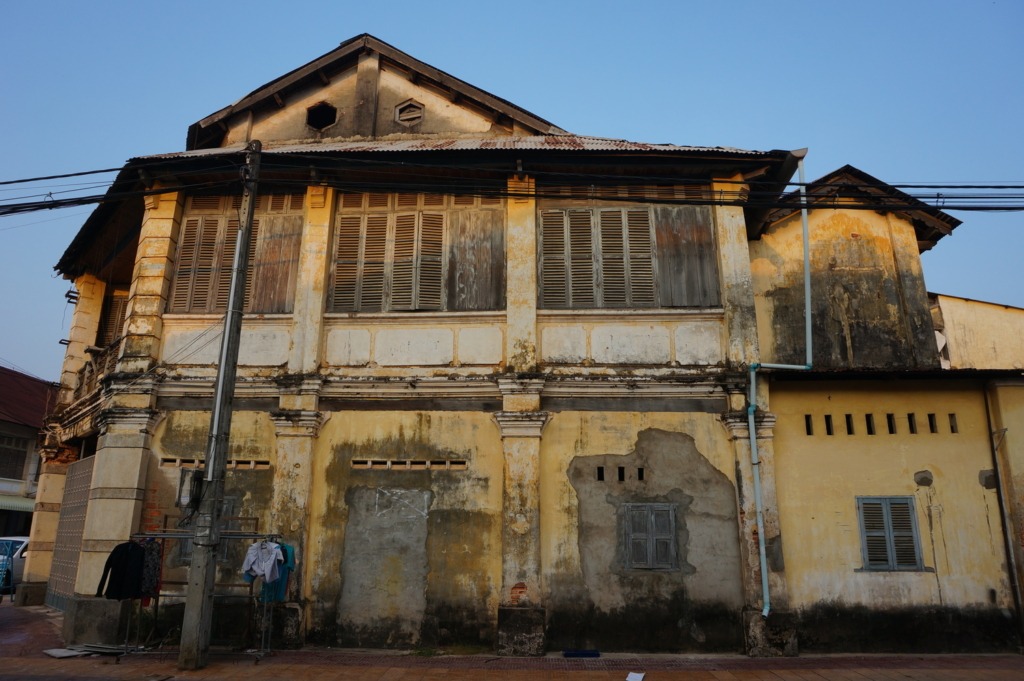 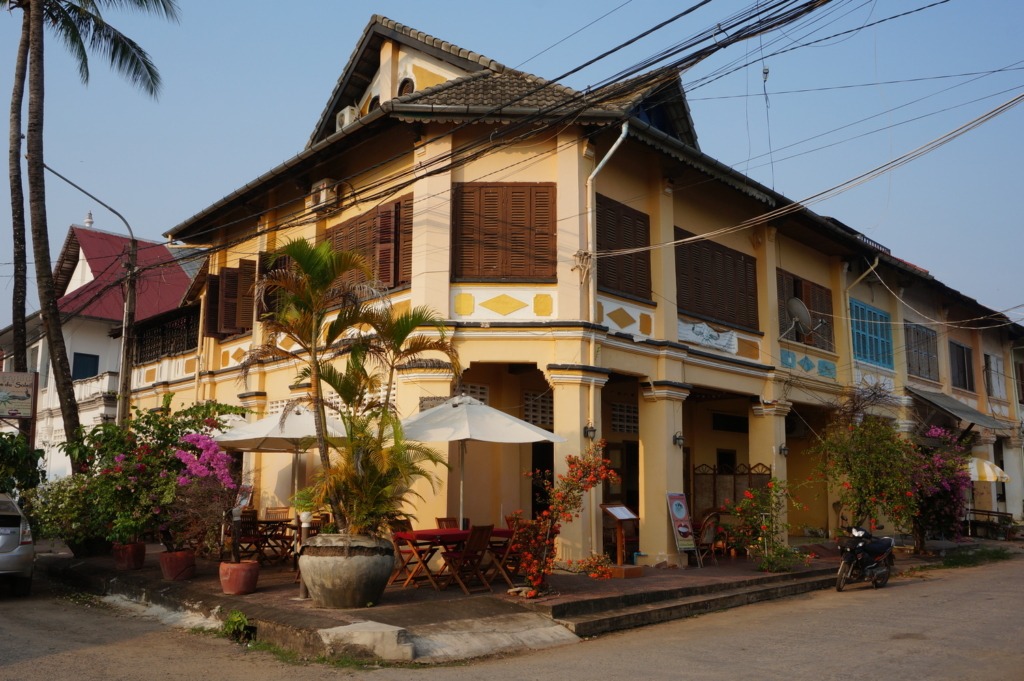 The old bridge, typical of colonial architecture, was very picturesque. 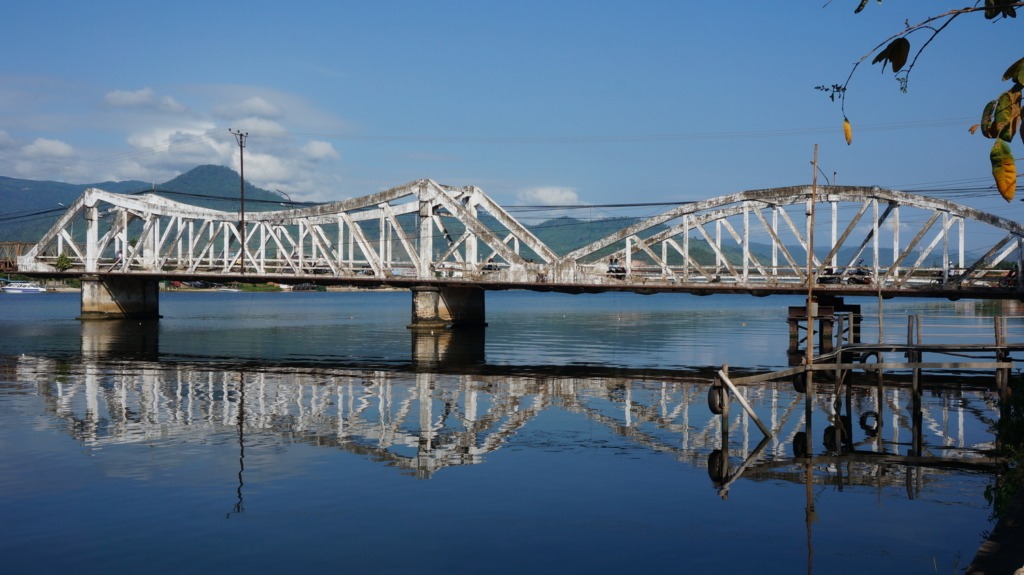 The nearby old fish market (now a bar) looked just gorgeous. I love this bright color ! 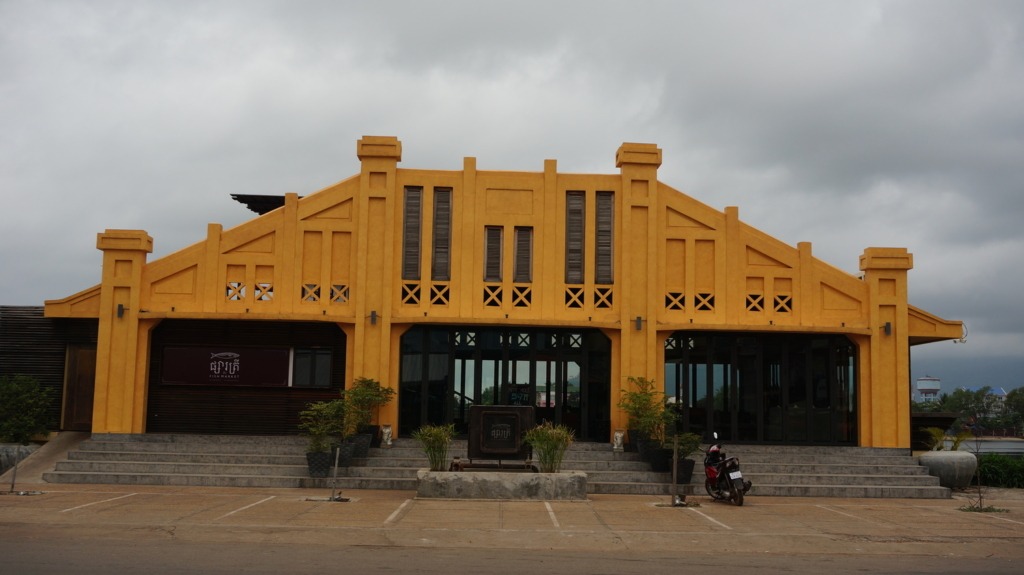 For travelers less lazy than us, there are several activities around Kampot. It’s possible to ride to the summit of mount Bokor, take a boat or kayak on the river, or visit pepper plantations (although as noted previously, they’re actually located close to Kep).

All we did was cycle a bit in the countryside, but I must admit we didn’t go far ! The crazy heat and poor road surface convinced us that it was more pleasant to enjoy the shade in the city. 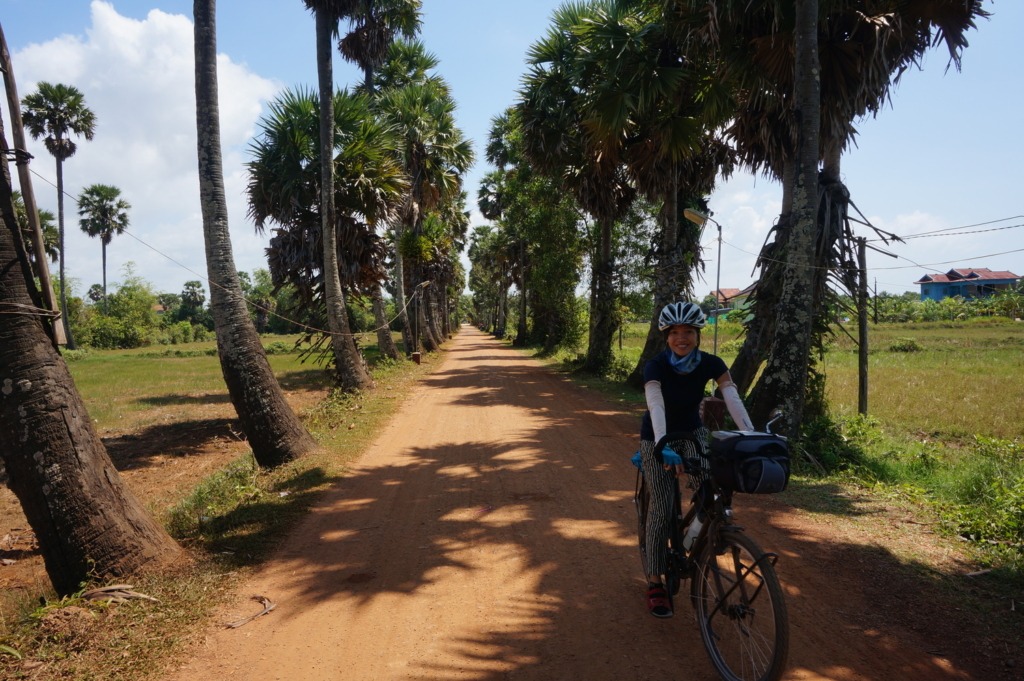 A little bit to the South after crossing the old bridge, salt fields may offer great pictures opportunities if you go there at the right time of the year.

Kampot offers plenty of opportunities to fill your stomach with great food for a reasonable price – although we found that most dishes were more expensive than in Phnom Penh -. Many European expats opened restaurants there, so you’ll find Italian, French, German and Swiss food (including fondue !).

We found this restaurant thanks to the excellent website Move to Cambodia. It serves dishes inspired by both Thai and Laotian food. Thai had a green curry while I tried the vegetarian version of the Laotian larb (or lap). Both were excellent dishes and we strongly recommend this place. They also serve cocktails.

As its name implies, this small outdoors place serves dumplings and noodles. While the dumplings were not the best we ever had (the fried ones were a bit too fried, and the boiled ones were full of water), it’s still a pleasant place for lunch.

Pizza on the street

On the street besides Ecran Dumpling & Noodles, many stalls offer street-food; that’s where we got our daily dose of fried rice with vegetables and egg 🙂 While most foreign food was usually found in restaurants, we were surprised to see two stalls serving Turkish food and pizzas in the middle of more local stalls. Although it looked extremely tasty, we didn’t try the food from Turkey as it was rather expensive. On the other hand, the margaritas we got from the two Italian working on a wooden oven were only $3 each and were extremely tasty. It was the first time we had Western food in more than three months and it felt greeaaattt 🙂

This very pleasant café is located close to the year 2000 roundabout. It offers a large selection of drinks as well as Western food. It was a great place to rest, although probably not for work with a laptop, as the tables were not very convenient.

In order to reach this café, we had to go through a small shopping mall; the café is located upstairs and offers a view on the Durian roundabout. It reminded us of Phnom Penh cafés. 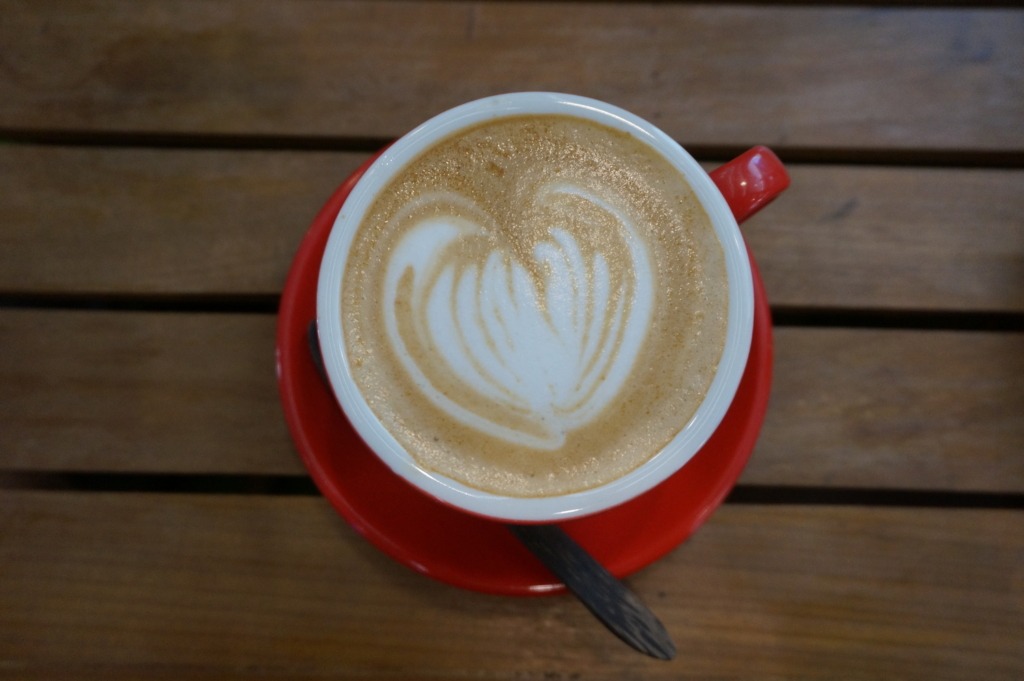 This quiet place was similar to the 365 café, but was located a bit further from the city center, in front of the new bridge.