Dak Doa’s pink fields (Đồi cỏ hồng Đăk Đoa) are virtually unknown outside the Vietnamese internet. We saw beautiful pictures of these fields, but most were heavily photoshoped. We were thus a bit skeptical about what they really looked like !

Reaching Plei Ku from Kon Tum is easy. These two cities are located less than 50 kilometers away from each other on QL14/AH17. The landscape was pleasant, and we enjoyed this ride much more than the previous one from Plei Can to Kon Tum !

While Plei Ku is a rather ugly city, we had a great time there. We found a nice hotel with a ultra-clean room and a very friendly owner, for 220kD

There was plenty of great food around, including vegetarian restaurants and a small but lively night market. We also did some shopping at Vinamarkt, where I bought a protective face mask for dusty road sections. Unfortunately I couldn’t get one starring Doraemon 😉

The fields are located around 15 kilometers East of Plei Ku. We took the QL19 to Dak Doa; while it was a short ride, it was unpleasant due to the heavy traffic without a good side lane on the road. After reaching Dak Doa, we kept riding on QL19 until we reached a large roundabout. From there, we turned right and quickly exited the city via a road bordered by several cafés.

Very quickly, the landscape on the left side of the road changed. I felt I was back in the South of France, as there were many coniferous found in this area, and the dry ground was just as typical. After one kilometer or so, we could reach the fields themselves. At the entrance, workers were working on building a concrete elephant – a sure sign that this area is targeted by tourism promoters –

So, how did the reality compare to the pictures found on the Vietnamese internet ? While the fields were golden rather than pink, it was probably due to us coming a bit late in the year. Apparently the best time to come is in November. And although the scenery wasn’t breathtaking, it was beautiful and we loved the bright colors. Moreover, depending on how cloudy the sky was, the colors of the field changed, becoming more or less golden. 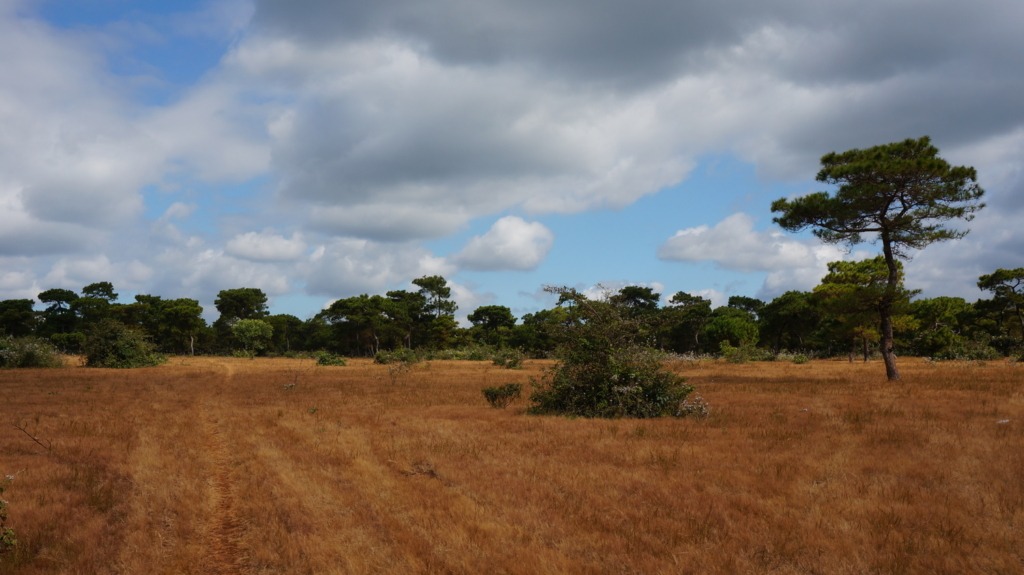 Several dirt roads go through the fields, which are quite large. Don’t hesitate to go around ! It’s easy to find your way back as the road from Dak Doa is very close. 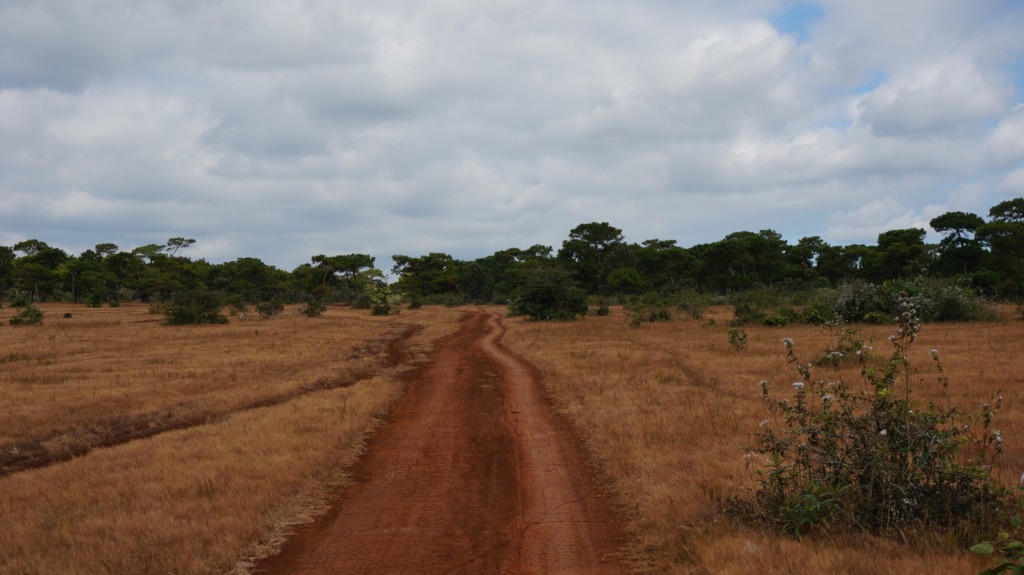 In the middle of Dak Doa’s pink fields stands a lone red tree. While we were taking this picture, some sucker came by car and cut right through the fields. He was even too lazy to get out of his car to take pictures… 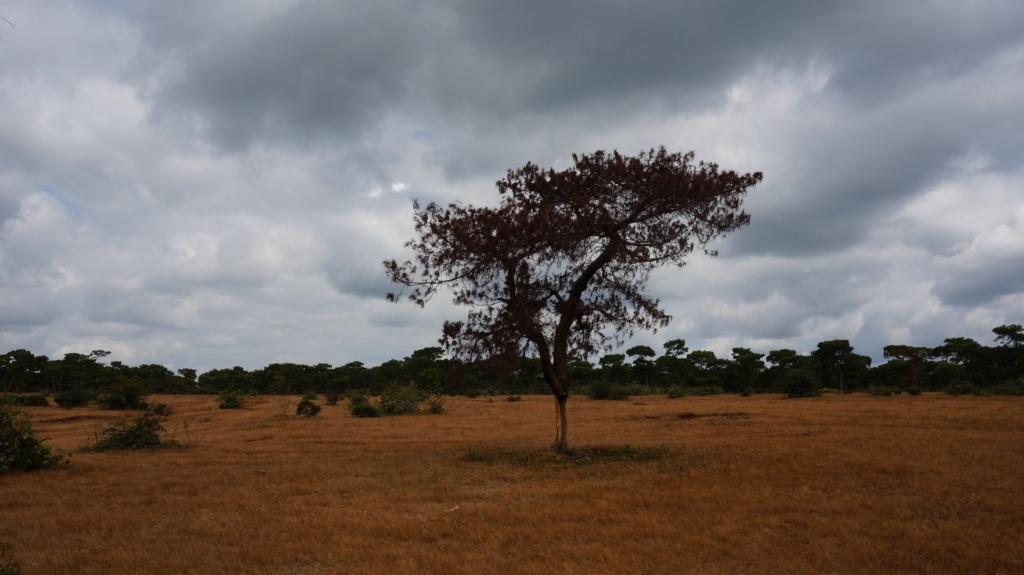 Going further East on the fields, you’ll find many large coniferous, whose bright green color contrasts with the golden fields. 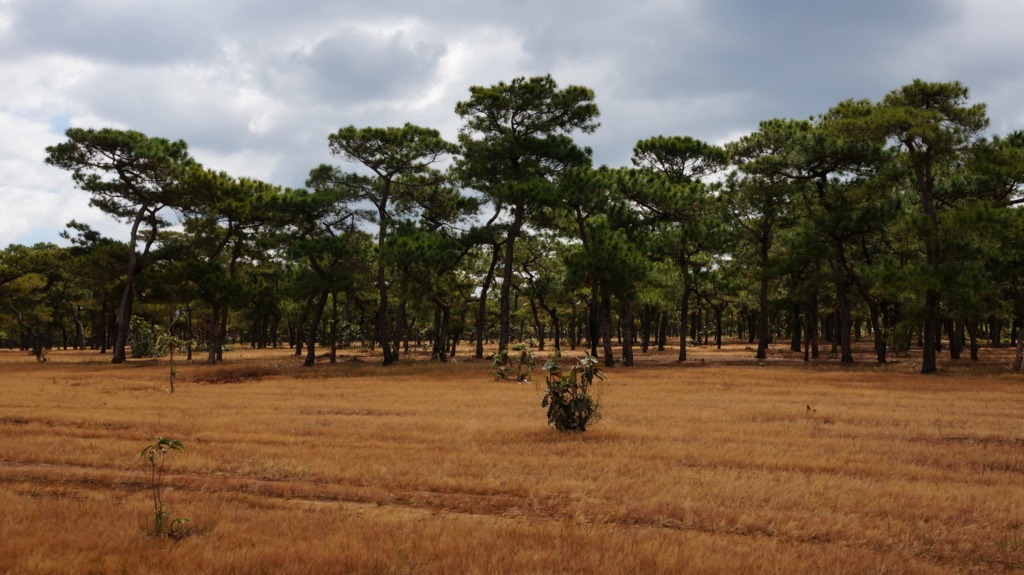 As a side note, as often in Vietnam, plenty of litter was found in this area. People come to picnic here, take selfies and leave their trash behind… It’s so upsetting !